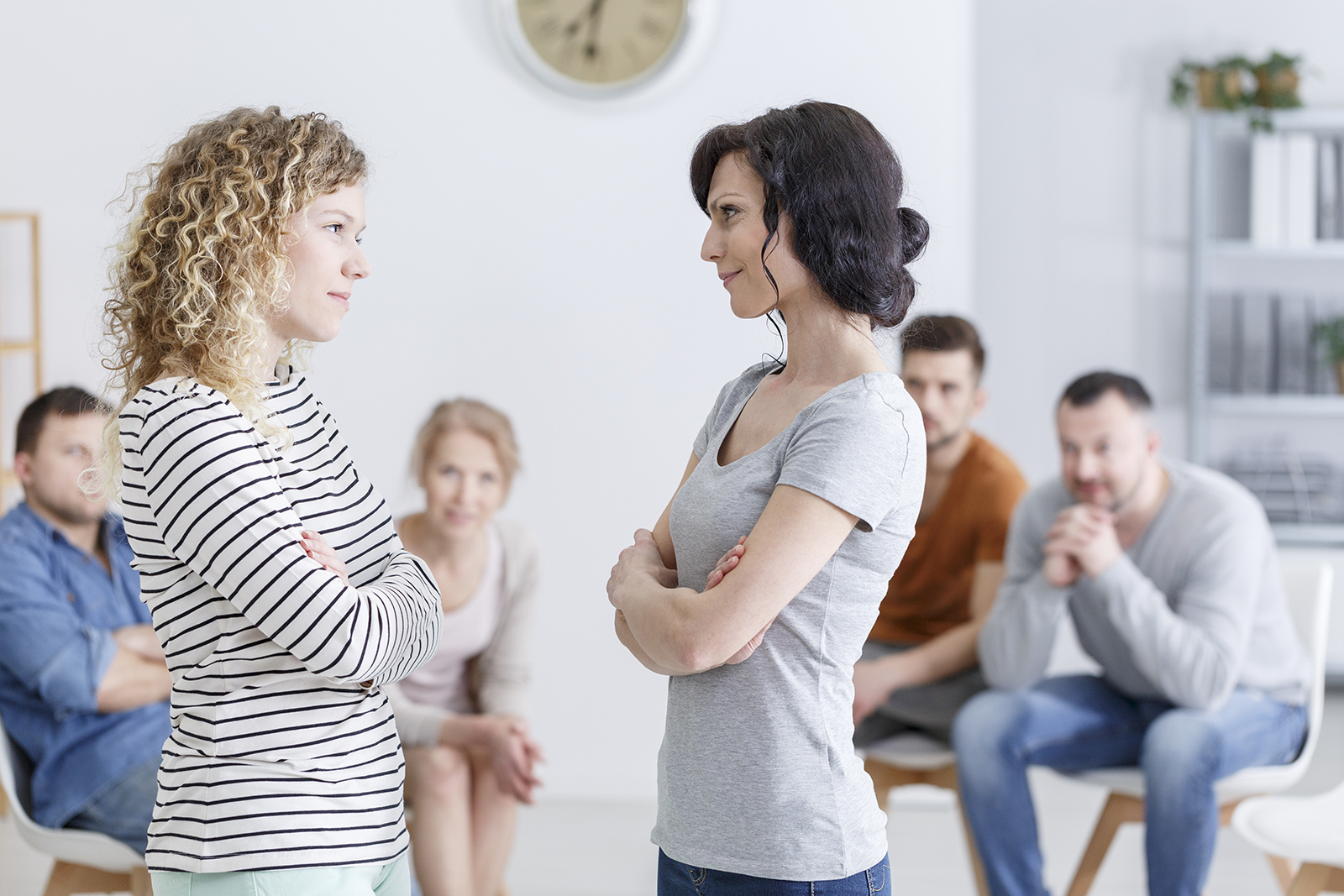 Women Are The Problem

Last night I had dinner with ten leaders in our community and we began discussing gender bias. Surprisingly, the women suggested that WOMEN are actually holding women back, just as much as men do. Research supports the idea that women have similar unconscious biases against women.  While men participate in holding women back, it made me wonder WHY women would also have these similar biases and how this impacts women’s attempts to move forward.

If we think from an evolutionary perspective, the answers become more clear and straight-forward. Think back 10,000 years ago… during caveman times. Both men and women worked toward ensuring the survival of their species and continuing their lineage. Only those that were able to survive remained.

If we think from an evolutionary perspective, the answers can become clearer and straight-forward. Think back 10,000 years ago… during caveman times. Both men and women worked toward ensuring the survival of their species and continuing their lineage. Only those that were able to survive remained. 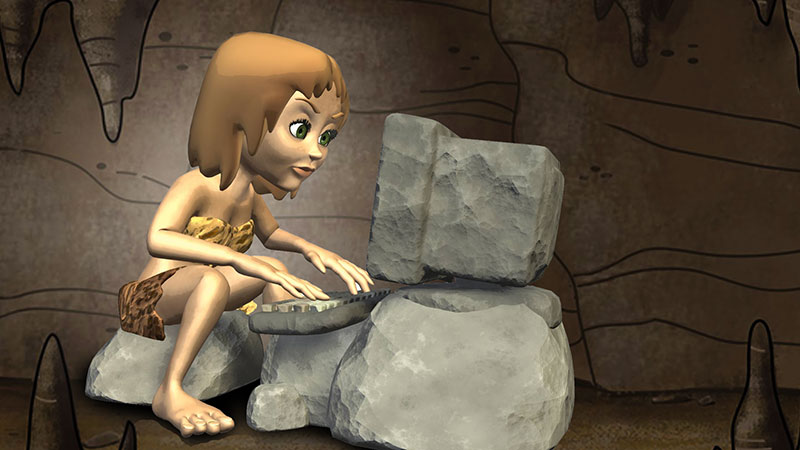 During this time, male and female roles were fairly well-defined: men went hunting for the bigger game to feed their families in the long-term and women, who had the children, stayed at the base camp to tend to the children and support the other women and children to maintain the species.

There was also a simple ranking system. The strongest and most hearty male would be with the woman who was best able to have children that would survive. So, when it came to mating, men and women would compete with each other to get the best. Once this was decided, while there may be challenges to the established hierarchy, in general, the families were well established.

This sets up a crazy dynamic for women. On the one hand, women work cooperatively while the men are away, but then become competitive when the men return. This ensured the women would have the greatest protection for themselves and their children.

The result is a challenging dynamic for women: they are nice to one another and help one another when the men are away, but then become “catty”, competitive and manipulative when the men return to try to ensnare the highest male possible in the group, so they are well cared for.

So, women competing against one another to gain access to the alpha male appears to have caused bizarre nurturing and then competitive relationships between women. While certainly not as overt, these characteristics from 10,000 years ago remain today.

So, how does this translate to the office and why does it matter?

As we have been socialized from birth, boys should not cry or play with dolls. Likewise, girls should be likable, care for others, be nice at all times and never challenge the status quo. While we all grow up, we carry these “norms” into our adult lives and the workplace.

Sadly, these “norms” are held by BOTH women and men, causing women to walk a very tight rope to get ahead in the workplace. This means that women hold other women to a higher standard than men.  Mind you, almost ALL of this is done unconsciously.

Another social norm is that women who state their successes are “bragging”. Women who ask more directly for what they want are being “aggressive.” Women who are not as friendly are not likable. Women who are not as likable, are not able to move up in the hierarchy.  How a woman looks and dresses is assessed and evaluated… constantly by other women. How a woman speaks (too softly and she is a “pushover”, too loudly and she is “obnoxious”) is evaluated. Women seem to hold other women to a higher standard than men.

In study after study1,2,3,4, women demonstrate the same critical analysis of other women as men.  They are both critical of resumes, giving greater skills and potential to male applicants, and actually penalizing women when providing the exact same qualifications as on the male resume (only the names were different).

If women have BOTH genders holding them to a higher standard, it is no wonder that women still make only $0.78 on the dollar as men (or $0.49 if you look at the most recent 15-year study conducted by the Institute for Women’s Policy Research), still hold fewer than 5% of CEO positions within the S&P 500 companies5, hold fewer than 23% of C-Suite positions overall6, hold only 38% of managerial positions in companies7, hold less than 23% of Fortune 500 board membership8, and continue to suffer untold harassment and other barriers to their potential success as is demonstrated by the #metoo and #timesup movements.

We aren’t stuck here though.  Other countries, many U.S. companies, and many women in the U.S. have demonstrated that the “norm” is not necessary.  Women have options and CAN and DO make progress. Look at the most recent Congressional election results and see how many women were elected to office – women ARE advancing.

Again, while this blog does not focus on the men’s role in keeping women from excelling to the top more often, it does suggest that women could change their approach and interactions with other women to help support women’s efforts to get ahead in the workplace.

How you can make a difference

So, the next time you’re in a meeting, ask yourself to observe the following:

While your own position within an organization may make it difficult to speak up, there are subtle ways in which women can support one another during meetings. For example, if a woman makes a suggestion, instead of agreeing or disagreeing, which may put you in a political conundrum, how about following up her idea with a question. “This sounds interesting, Jane. Can you elaborate a little more?”  This will open up opportunities for her to speak up more, and increase the likelihood of her idea gaining traction, or at least being turned down by more objective reasoning (at least one would hope).

2. Add On To Messaging

Another simple way to enable a woman’s ideas to be heard is to add on to their ideas – expand their thinking, especially if the woman has been interrupted. Bring the conversation back to that woman’s ideas by adding a caveat or an extension of the idea. Giving women additional time to elaborate on their ideas, gives their ideas more legitimacy. This, in turn, will give the group a better chance to consider the idea and include it within their options. “You sounded as though you were headed somewhere with … idea. I’d like to hear more about that.”

One of the biggest challenges regarding gender equity that we have in society today is the language we use to describe men and women.  As demonstrated before, we can often call women “bossy” when, as manager, they simply say that they want something done a certain way. We can use this as an opportunity to change the language (especially if a male colleague says this), by saying, “I didn’t think she was bossy.  I thought she was clear and concise in what she was asking us to do.”  Even this simple one-liner can change the perceptions of others and increase the likelihood that they will frame what they say differently in the future.

When women want to get ahead, they often will refrain from stating their achievements, hoping that others will notice and then provide the promotion or raise9. This RARELY happens. So, take this opportunity to speak with your colleague and encourage them to speak up for themselves. If they are your boss and you can see that they are more than capable of being your boss’ boss, then empower them to speak up more at meetings and “toot their horn.”  This is NOT bragging.  It is simply stating facts that, when said in context, help others see the strengths and skills of that person.

Progress is already being made. Over time, we can all work together to make the workplace and those who work in it less about gender and more about skills that will advance the organization.

8 Deloitte Alliance for Board Diversity. (2019). Missing Pieces Report: The 2018 Board Diversity Census of Women and Minorities on Fortune 500 Boards. Retrieved on 1-24-19 from https://www.catalyst.org/system/files/missing_pieces_report_01152019_final.pdf.